Legal and Criminal Protection of Human Dignity in Albania

The topic (·) selected for this conference “Legal and criminal protection of human dignity in the globalization epoch” adjusts not only to the present and the future, but is also closely linked with the historical tradition of the Albanian nation (··).

Honor and personal dignity were recognized as sublime moral and social values of the Albanians, being invulnerable and equal especially in the mountainous zones in the North, South and in Kosova, where the self-governing system was preserved and relations between people were regulated by means of Albanian customary law norms.

Such high moral values were infringed and abused by foreign invaders and authoritarian dictatorial regimes ruling in Albania.

Establishment of rule of law, democratization of criminal legislation and reforms in the criminal justice system for the protection of human rights and freedoms, became the first main objective during the transition of Albania from a totalitarian state into political pluralism.

During the period of post- communist transition, the Albanian state and society were faced with new forms of criminality, which also touched human dignity, undergoing crisis in the globalization epoch as a consequence of the overall crisis that has invaded modern society.

Nonetheless, from the angle of legal and criminal protection, Albania has positive achievements, yet great challenges still remain.

Legal and criminal protection of human dignity in Albania and in Kosova from ancient times up to the XX th Century, was realized through criminal customary law of the Albanians in elders’ courts (ad hoc) and men’s assemblies. This historical reality is reflected in Albanian canons referring to medievalism. Thus, Lekë Dukagjini’s Canon (compiled by Sh. Gjeçovi at the beginning of the XX th Century) provided for: “Dishonoring is never forgiven” (p. 507), “A dishonored person is considered to be dead based on the Canon” (p. 600) ([2]).

Scanderbeg’s Canon ([3]), Canon of Labëria ([4]) and other domestic canons safeguard honor and human dignity in the same way.

In addition to the criminal customary law which was effective in the mountainous zones (in the North, South and in Kosova) where the nation was self-governed, legal and criminal protection of human dignity was ensured in the cities by the city-municipal Statutes, such as the ones of Durrës, Shkodër, Tivar, Budva, Drisht etc., belonging to the XIV th Century.

The Statutes of Shkodër [5] (discovered during the last years in the Venice Archives by Lucia Nadin and Oliver Schmitt)[6] belonging to the beginning of the XIV th Century, drafted according to the models of the Statutes – cities of Ancone, Milano, Torino, in a range of chapters (paragraphs) (99, 255, 257, 260, 200-201, 224, 230-238, 394) provide for criminal offences against honor and dignity and relevant criminal sanctions. They are called “real monuments of medieval Albania”.

Upon secession of Kosova from Albania (1913), legal and criminal protection of human dignity was determined according to the new historical, political and social circumstances. Foreign invasions outraged human dignity.

During the time of Monarchy (1928 up to 1939) the Criminal Code of the Albanian state was in force in Albania, which provided for protection of human dignity from criminal offences, but in authoritarian regimes, however, it was not respected or safeguarded in practice.

The totalitarian state, after World War Second, was established in Albania (1945-1990), which state despite of drafting Criminal Codes and Criminal Procedure Codes, brutally violated human dignity, with capital punishments (3347)[7] for the so-called political crimes, with illegal interpretations and numerous violations of human rights and freedoms.

Until its liberation (1999) by the Liberation Army and with the support of NATO, mascaras and tortures were committed in Kosova for a whole century, reaching its culmination with terrorism and genocide in 1998 – 1999 by the Serbian rulers, where human dignity could not even be brought up as an issue.

III. Strategy of the Albanian Democratic State for the Protection of Human Dignity.

The transition of Albania from a totalitarian state into political pluralism, based on the liberal democratic philosophy, determined the new key objective – establishment of rule of law, creation of criminal legislation and criminal justice system, based on the justice model of the western democratic countries, giving priority to the protection of human rights and freedoms and human dignity.

In the epoch of globalization, as a consequence of the overall crisis, moral and social values, including human dignity, have undergone crisis. Also in Albania human dignity has incurred a strong impingement.

To argument such crisis, it would be suffice to emphasize some key indicators related to the new forms of organized crime, illegal trafficking, corruption, money laundering etc..

After the 90’s, in the post-communist transition period, the phenomena of illegal human trafficking emerged, in particular with females  for the exercising of prostitution. Criminal organizations, in co-operation with traffickers, deceived many women by promising marriage, employment, better life abroad, and thus deceiving them into trafficking. Upon being trafficked, they were used in a barbarous way, deceived, abused, were subject to violence, money earned from prostitution confiscated, and murdered by torture.

Human dignity of many Albanians, emigrants abroad, has also been humiliated, being subject to open discrimination and racism.

Humbling of human dignity was also manifested through abuse of duties by public officials and through corruption. Forms used for such abuses were various: promises for employment, promotion in higher positions, increase of payment, threat for dismissal from office for females, and requesting bribes for the resolution of concerns of the citizens in need.

Equality and dignity of females were also touched by domestic violence, which has become a concern. More than 800 cases of domestic violence were reported only during the first six months of 2010, in most of the cases affecting females’ dignity (spouse, daughter etc.).

The drafting of a state strategy was a necessity under such conditions, which would provide for short-term, mid-term and long-term measures for the prevention and combating of negative phenomena and protection of human dignity.

Criminal policy, criminal positive law, and criminology, occupy a special position in such strategy for the protection of human dignity, in compliance with international legal instruments.

Sanctioning of legal protection starts from the preamble of the Constitution of the Republic of Albania and in some of its articles. Thus, Article 18 provides for “All are equal before the law”, whereas Article 25 reads “No one may be subject to torture, cruel, inhuman and humiliating punishment or treatment”, Article 28 reads “Any individual deprived of liberty based on Article 27, is entitled to human treatment and respect of his/her human dignity”.[8]

The Criminal Procedure Code, drafted according to the Italian Code model, also protects human dignity in some of its articles. For example, Article 24 reads: “Body search is conducted by respecting dignity and protecting the individual subject of the search”.[10]

Including legal and criminal protection of human dignity in a law is obviously one side of the problem. The other side not least important, where numerous shortcomings are observed in Albania, is the implementation of criminal policy and criminal norms, based on criminological studies in practice. To illustrate such a situation, a few indicators would be sufficient.

For example, although the Constitution, the Criminal Code and the Criminal Procedure Code prohibit torture, which is linked to human dignity, in practice such cases have been observed in detention rooms, and criminality statistics, nevertheless, provide no data on convicted persons.

No data is provided on individuals convicted for domestic violence either, although it is widely spread.

Only ten (10) persons were convicted for illegal trafficking of women and prostitution in 2008, whereas in 2009 eight (8).

For abuse of authority and corruption 56 individuals were convicted in 2008 and 92 in 2009. Very rare are cases of persons, however, convicted for a concrete crime related to human dignity.

Legal protection of morality and human dignity of females from criminal offences such as forced sexual relationships, insults, defamations etc., has been more effective. In 2008, 98 individuals were convicted, and in 2009, 95 persons.

To realize criminal policy in practice through criminal justice for the protection of human dignity, the main condition is to ensure normal functioning of law enforcement state organs to combat criminality, in particular the independence of the judiciary, combating criminality internally and outside of the criminal justice system, strengthening trust of the population towards justice.

Nevertheless, no matter how complete a criminal law might be and no matter how fairly it is implemented in practice, criminal justice again cannot be almighty to ensure inviolability of human dignity. Legal and criminal protection is the last resort, but effective and necessary under the globalization conditions, when criminality is taking new forms every day and is spreading on an international scale, as a consequence of impetuous technological developments.

In this regard, our belief is that theories expressing that criminal law is not playing a protective role, hence should be replaced with security measures (Filippo Gramatica), are beyond historical reality and as such are unacceptable. The mere fact that distinguished Italian penalists have opposed such viewpoints is extremely positive.

The doctrine of Italian criminal law, German criminal law etc., starting from Cesare Bekaria and Anselm Fojerbah up to date, has been the main source for the development of criminal law also in Albania, by preserving the key principles: Nullum crimen, nulla poena sine lege, sine culpa”.

The theory of partial reforms has been followed in Albania through the legal reforms of 2001, 2003-2004, 2007 and 2008, in compliance with the recommendations of the Council of Europe Committee of Ministers and International Conventions, without touching, as Jeschek states (I.32) “Fundamental values of traditional criminal law”.[12]

Without denying and underestimating the legal and criminal protective function of human dignity, a state strategy against organized crime and other crimes, gives special attention to the prevention of crimes, in harmony with the recommendations of the Council of Europe Committee of Ministers (2003)21, on the basis of criminological analysis.

We cannot consider respect of human dignity without undertaking measures for the employment of people, without combating poverty with real action, without organizing cultural activities, without the functioning of the security and public order bodies etc..

Within the scope of preventing criminal offences, the century old tradition of intermediation was applied in Albania for the reconciliation of hundreds of criminal conflicts.

Firstly, legal and criminal protection of human dignity is provided through the impact of criminal policy for the approximation of criminal legislation with the legislation of the European Union, not mechanically, but well studied and in compliance with the concrete conditions in Albania, through the realization of reforms in the justice system based on European standards.

Secondly, legal and criminal sciences, criminal policy, criminology, criminal procedure, should play a specific role for the protection of human dignity, as well as enhancement of theoretical knowledge of jurists, based on the achievements of European and International legal sciences, including the achievements in Kosova which serve as a model for Albania.

Thirdly, taking into account that combating criminality and protecting human dignity in the globalization epoch are international concerns, co-operation and coordination of the Albanian criminal justice system with the system in Kosova, as well as on regional and international level, appears to be a priority.

Fifthly, the papers and conclusions of this conference are a precious support for criminal justice in Kosova and Albania, not only for the protection of human dignity, but for the accomplishment of European standards and preparation for integration into the European Union.

(··)  Written version of the presentation at the “International Conference: Penal protection of human dignity in the globalisation era, 11 – 13 September 2010, Prishtina, Kosova”. 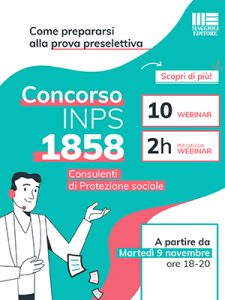