The area composed of the extension of the Brazilian territorial sea (12 miles), added to the exclusive economic zone (EEZ) – 188 miles – and the dimensions of the continental shelf, is called the “Blue Amazon.”

By law, the external limit of the shelf is 200 miles. However, countries interested in limits higher than 200 nautical miles must present to the UN Commission on the Limits of the Continental Shelf (CLCS) its proposal backed by scientific and technical information that justify such claim.

In 2004, Brazil presented a request for extension of the Continental Shelf to CLCS. It was the second country to present a request to the UN. The first was Russia, which had its proposal denied.

With this proposal, the “Blue Amazon” would be integrated with the patrimonial sea of 200 nautical miles (370 km) and the continental shelf of up to 350 nautical miles (648 km) wide, starting from the base line, increasing the area of the national territory by more than 50%.

In April of 2007, CLCS issued a Report of Recommendations, suggesting that Brazil present its proposal with new limits. The Report recommends certain “retreats” to the Brazilian proposal, about 20 to 35% of the area originally requested. It is seen, therefore, that the increase and incorporation of the new area of the “Blue Amazon”, even if reduced in a new proposal, should happen soon.

The imminence of the expansion of the Brazilian marine territory awaits the analysis of the effects of such inclusion under the aegis of three large fields: economic; scientific and sovereignty.

In the economic field, the expansion of the Brazilian territory is evidently strategic. Along with the strategic wealth for the survival of nations, 95% of international trade takes place by marine transport.

In the scientific field, empirical evidence is pointing out that the increase of the sea area will be extremely relevant for the accomplishment of research and the administration of natural resources ecologically important and economically relevant.

In the sovereignty field, in that it weighs the vastness of the area to explore and the indescribable importance of the pioneering conquest of Brazil consolidating the extension of its area, some concerns are raised.

The great concern refers to the fact of Brazil being prepared to invest in politics of effective use of resources, research and, essentially, control.

Brazilian ports are considered obsolete and, for decades, Brazil has been considered as a country that is “transported” and not a “transporter”. Lamentably, only 3% of the total collected from freight is generated by ships that show the Brazilian flag and, usually, in cabotage navigation.

The vital importance is seen for the implementation of politics not only relative to the economic fields, but, essentially, of public politics that make possible the effective maintainable exploration of fishing and other resources, research and control, avoiding, among other illicit conducts, scientific piracy. 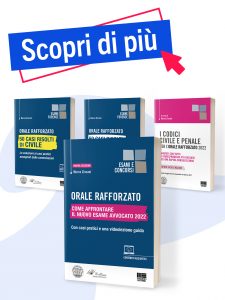